PU-ERH TEA – What A Funny Name for A Tea! 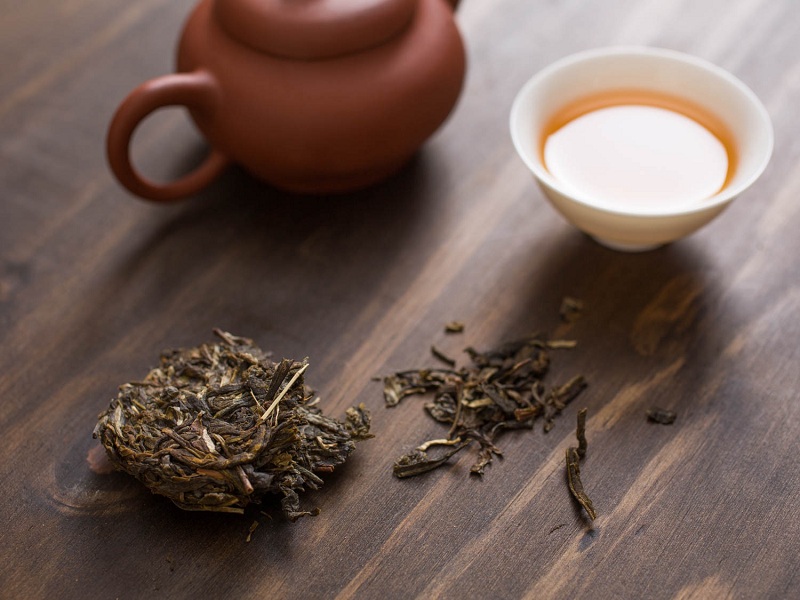 I used to drink green tea every afternoon until an old Chinese woman told my son: “Green tea for man. Pu-erh tea better for woman.”

Pu-erh tea? What a weird name for a type of tea. And what a play on words, as the last part of the Pu-erh word is simply “her” misspelled.

My son did his research and ordered some.

Pu-erh tea comes tightly packed so you have to break little pieces off and put them in your infuser.

The taste is mildly earthly, and I like it. So why is it better for women? Here’s the whole story about Pu-erh tea.

How Pu-Erh Tea is Different From Regular Tea

The Chinese started drinking tea when an emperor had a cup of hot water outside and a few tea leaves fell into it. He loved the beverage and the whole tea industry was birthed by this one incident.

Pu-erh Tea is also spelled Puerh, Pu-er and Pu-eh tea. It’s a sun-dried microbially aged and fermented tea with a mellow, earthy taste. It is pronounced Poo-Er. The funny name comes from the city, Puer City in China where it comes from. Black Pu-er tea generally uses accelerated aging techniques whereas Green Puer is aged slowly and naturally.

Green Pu-er tea is first dried in a dryer for only 3 minutes, rolled, and then allowed to dry in the sunshine. It may be pressed to form a tea cake or tea brick called tuocha. It’s then stored one day in a drying room. Green pu-er tea may age up to 65 years, and the taste improves the older it is. 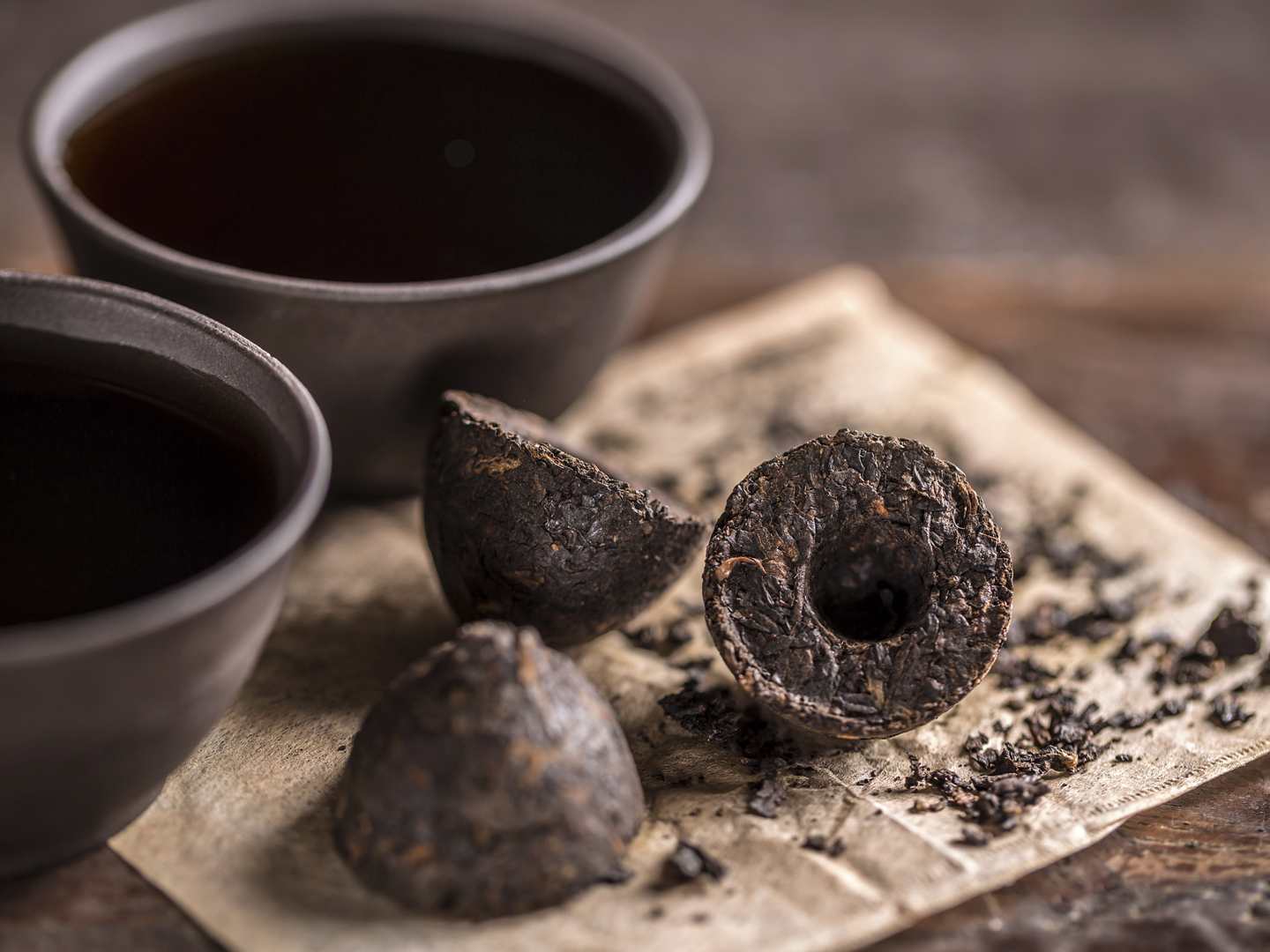 Next the tea is stored in a climate-controlled room for dry storage. Aging then occurs in California afterwards.

Black pu-er tea is made by sprinkling water on the tea leaves and stirring them repeatedly over 70 days. The leaves may be left as a loose tea or formed into a tea cake. The cakes dry for two or three days in a drying room. Black pu-er tea ages up to 25 years.

When you use the pu-er tea leaves, the leaves may be steeped about 10 times.

Some of the best tea trees for Pu-er tea are located in Yunnan, China’s remote misty mountain areas where the trees are anywhere from 60 to 1000 years old.

One source on Pu-Erh tea reports:

“Many Emperors drank Pu-Erh tea for longevity and especially liked

the taste of the teas made with the finest tips. In the Qing Dynasty (1644

to 1911), Pu-Erh tea from Simao in Yunnan became a tribute tea by order

of Yongzheng, the second Qing Emperor. In the tribute custom, tea regions

royal court, which was a great honor and good for business. The last Qing Emperor Fu Yi (also known as Pu Yi) and the last emperor in China’s

Pu-Erh in winter.  Drinking Pu-Erh Tea is like being a member of the Royal Family.”

What Pu-er Tea Does For You

The benefits of this tea are so far beyond other teas that it’s hard to imagine one would want to go back to drinking those other teas! Check them out for yourself here:

One woman who drank Pu-erh tea lowered her cholesterol from 300 mg/dl down to 200 mg/dl. When tea leaves are fermented, they may produce lovastatin, a naturally-occurring statin. The statin medication Lovastatin rarely lowers cholesterol levels as much as the Pu-erh tea.

Because Pu-er tea is naturally aged, amino acids are produced in the process of aging. But it also offers healthy bacterial flora, which aids your gut with digestion. The caffeine level of black pu-err is lower than the caffeine content of regular tea or coffee.

3. May aid in Weight Loss

One woman lost 30 pounds by adding 8-10 cups Pu-er tea to her diet. Her weight started out at 153 pounds, and at the end of the first month, she lost 12 pounds. Several months later, she weighed 122 pounds.  The tea suppressed her appetite and she no longer eats late at night. She doesn’t feel bloated from drinking the Pu-er tea as she did with other teas including oolong tea, jasmine pearl and dragonwell.

Adding a teaspoon of chia seeds to the pu-err tea and letting it sit for up to 10 minutes has resulted in some people losing 25 pounds in about a month to a month and a half.

On one of Dr. Oz’s television show segments, he recommended drinking a few cups of pu-er tea daily.

The benefit to diabetes was first seen in a rat study where genetically obese rate were given either Pu-er tea or no tea. After 11 months, all but 2 of the rats not given any tea were dead. However, the rats that drank the tea had good health with no diabetic sores or infection of any kind. Their blood sugar had fallen 42% and they lost weight, as well. In a diabetic study with humans, blood sugar levels fell 35%

Pu-er tea will also help reduce plaque in the arteries, according to some experts.

7. Decreases Inflammation in the Body

Many people who have taken Pu-er tea have noticed less joint pain, swelling and inflammation from drinking Pu-er tea during the day. They report fewer complaints about arthritis. The anti-inflammatory properties come from GABA, found in the tea.

8. Acts as a Stress Buster

Sitting down to a cup of tea is always a stress buster.

The older the Pu-erh tea is, the better the benefits you will find. Strive for a fermentation process of 10-15 years.

But How Do You Prepare It?

The best way to make Pu-erh tea is to follow this procedure:

You’ll love the Pu-er tea if you try it. I believe the little old Chinese lady guided us to a golden discovery that benefits both men and women. It’s truly an aid to graceful aging. 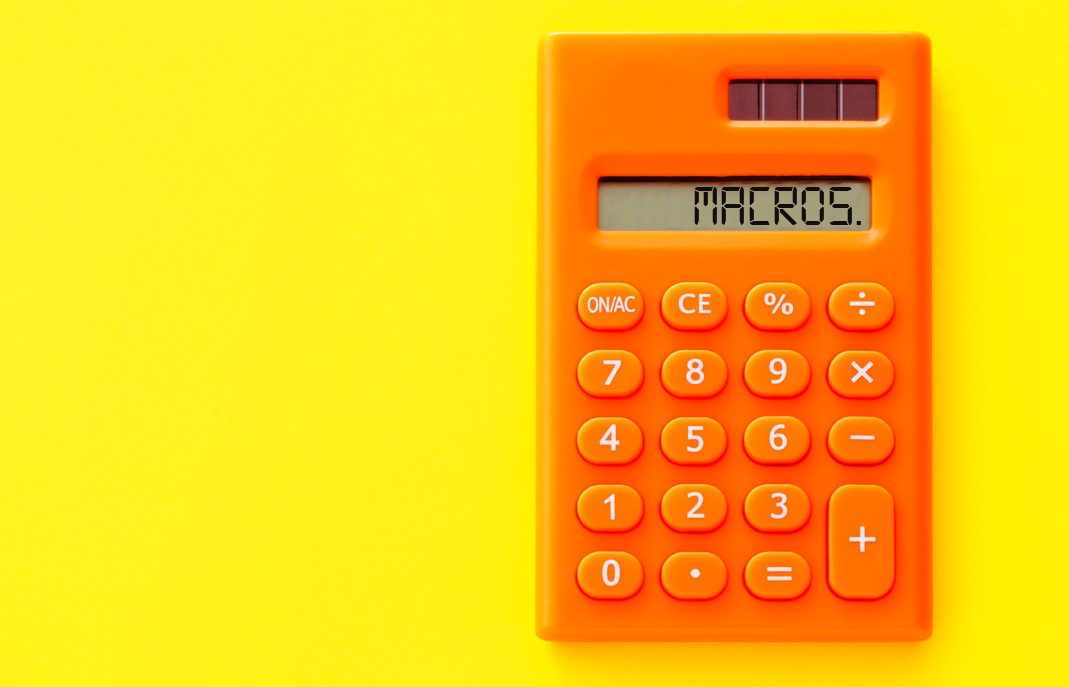 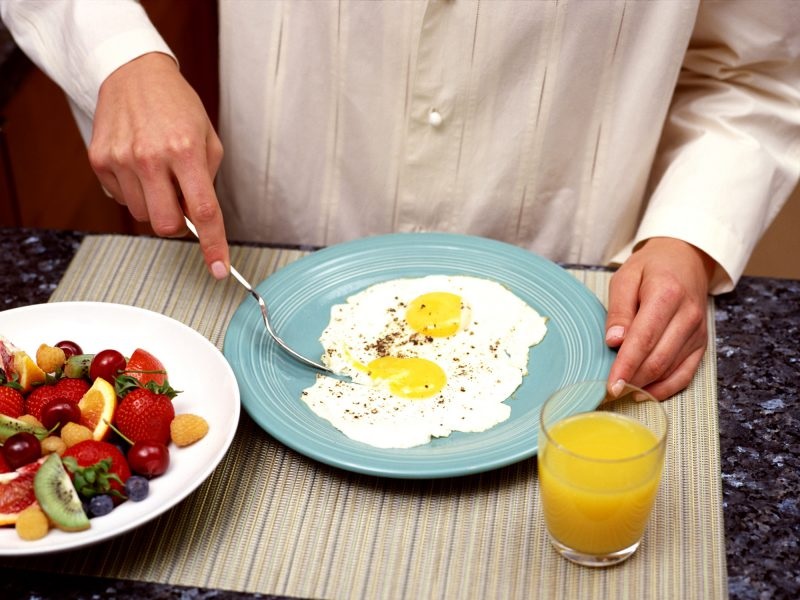 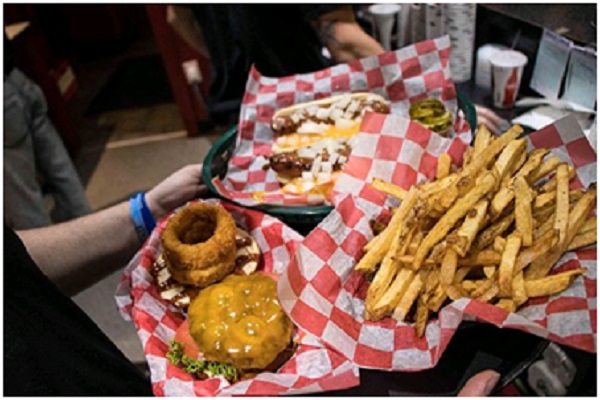 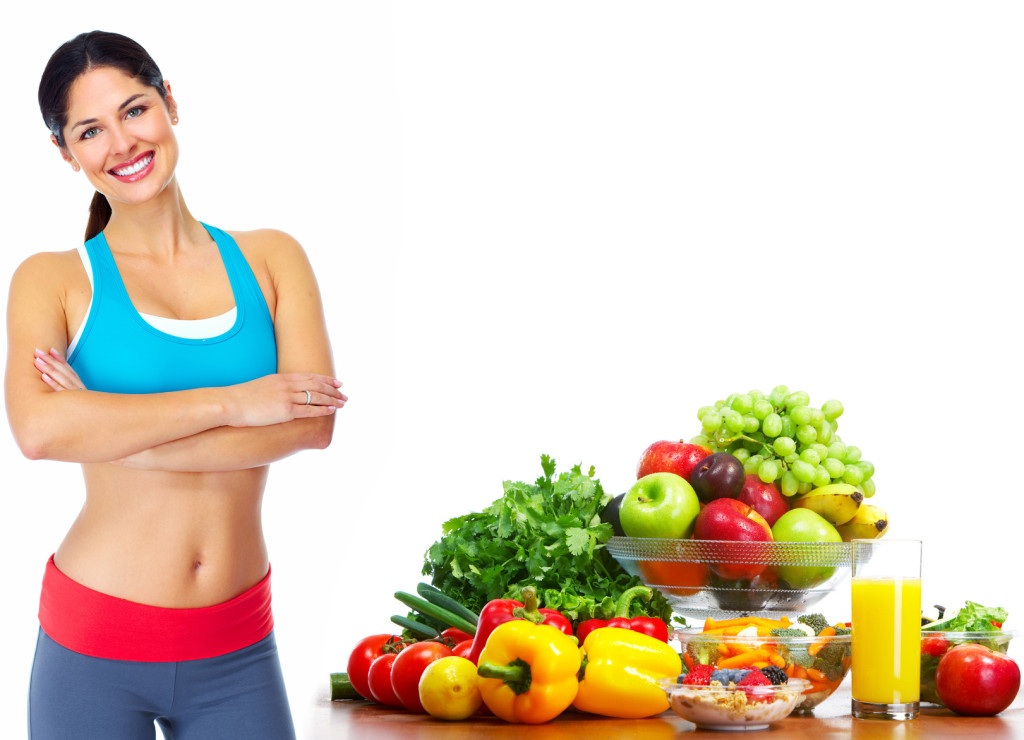 How Important Is It To Maintain Good Health In Everyday Life 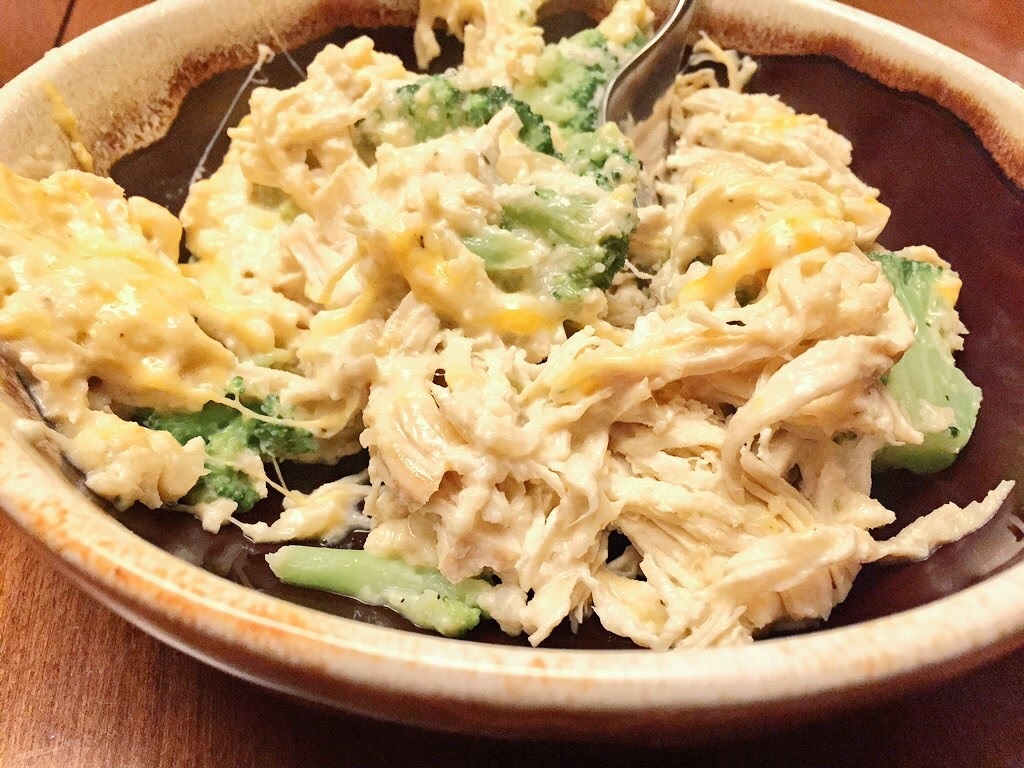 What things are mandatory while keto diet 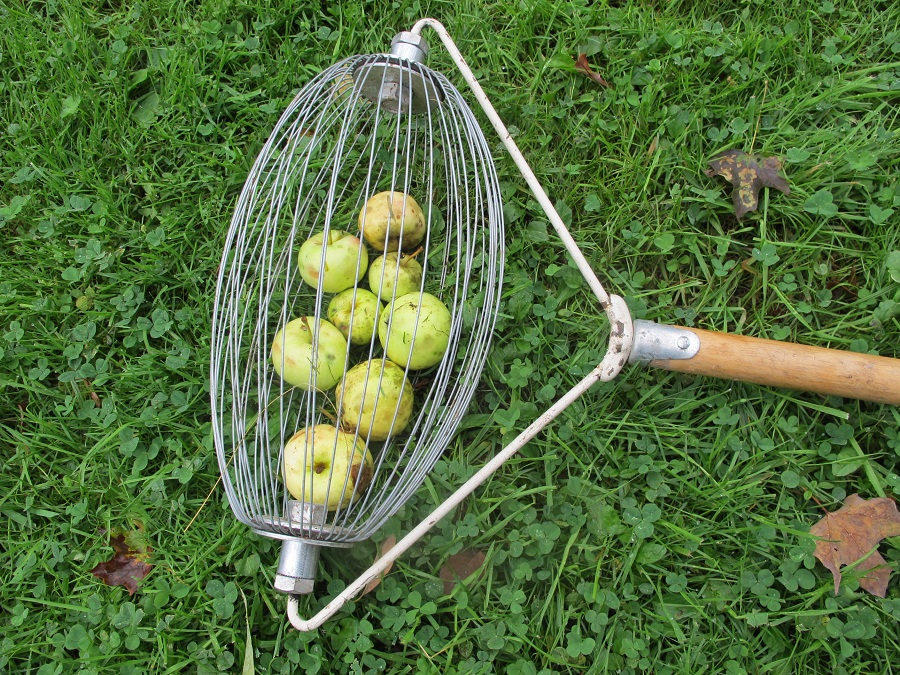