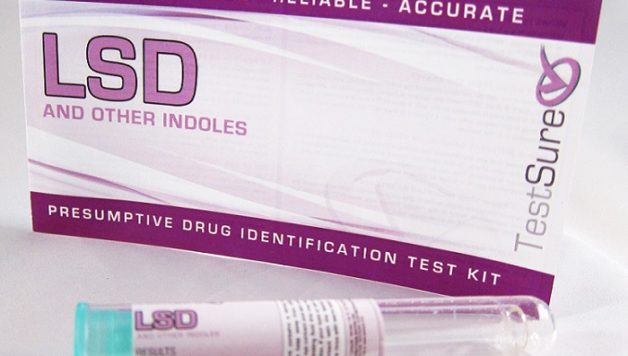 All you need to know about LSD and its testing

Acid Dimethyl or LSD for short is a powerful, hallucination causing psychedelic drug. It is one of the most potent, mood changing drugs. It is colourless and odourless, making it slightly difficult to detect and has a slightly bitter taste. It is produced illegally in the form of crystals and liquefied for distribution. Commonly termed as ‘acid’, LSD is sold illegally all over the world in the form of tablets, capsules or gelatine squares.

What are the risks associated with LSD?

LSD is the most potent hallucinogen known to mankind that causes severe delusions and distortion of senses and the perception of objects, sizes, colour, sounds, touch etc. LSD also leads to panic attacks, severe, terrifying thoughts and feelings and flashbacks, generally known as “bad trips”. All this is extremely harmful to the person and often leads to a person’s death. Thus, it is not a surprise that the manufacturing and consumption of this drug is banned in almost all countries.

What is a testing kit for LSD?

Just as the name suggests, the LSD test kit is a set of instruments and chemicals used to determine whether the substance in question is LSD or not. It is a reagent test kit that accurately identifies the presence of the drug in the sample.

The kit comes with very few steps and instructions which are easy to use and provides with the results in a very small span of time. The person performing the test is required to do the bare minimum of mixing the chemical agent with the substance and check for the change in colour by comparing it with the colour coding provided in the kit.

How is the kit helpful?

The LSD test kit is easy to use, effective and can be of a great help for the law enforcement forces and the forensic department. Even private individuals can use this if they suspect a loved one to be under the influence of the drug. The drug test can be easily administered by almost anyone as there is no special training required for it.