A Know-How to Treat Insect Bites 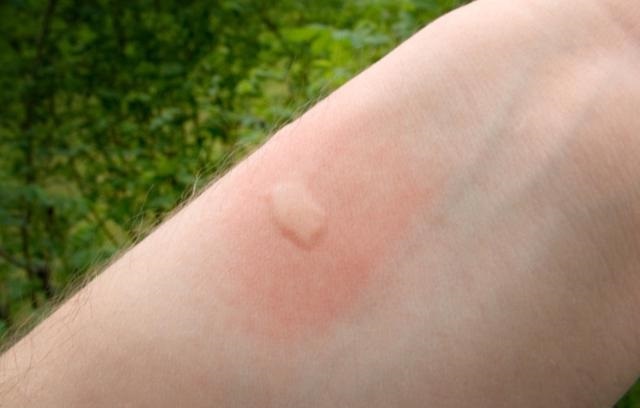 Insect bites and stings are a common complaint and can hardly be called life-threatening. However, some insect bites can be severely painful and cause severe allergic reactions.

When insect bites are infected, it can cause a severe allergic reaction or trigger serious illness. Itch may be healed by a soothing ointment, antihistamine tablets, or steroid cream. Some insects infest pets, furniture, etc. and can cause repeated bites.

Some common stinging insects in the UK include wasps, bees and hornets. Usually, the wound is caused by the thrust of an insect’s stinger into the skin.

Symptoms of an Insect Bite or Sting:

When an insect bites, injecting saliva into the skin, the affected area turns red, swollen and itchy. The venom causes an intense, burning pain which is followed by a patch of redness that can be noticed around the sting. Usually, the redness disappears after a few days.

Unlike stings, bites may not be noticeable (although some can be quite painful, mainly from a horsefly). However, saliva from the insect can trigger a skin reaction such as:

Small papules (lumps) are caused by bites from midgets, mosquitoes, and gnats. Those who are particularly sensitive to insect bites may develop:

Malaria is a tropical disease caused by an infection of the red blood cells.

Flea bites, on the other hand, can lead to a condition called popular urticaria. Bullae may also develop. Fleas from cats and dogs usually affect the ankles and forearms especially when you stroke or hold your pet.

Horseflies cut the skin when they bite. The bite can be extremely painful as well as can lead to the formation of a weal around the affected area. The typical symptoms of a horsefly include:

Usually, bedbug bites do not cause any pain. You may hardly have any signs if you have not been bitten before. However, those who have experienced a bite may develop intensely irritating weals and lumps. Bedbug bites usually affect your:

When to See a Doctor:

If the bites and stings cause swelling and blistering, it is imperative to see a doctor. Too much of these signs may indicate an infection.

Most bites and stings can be cured by:

Try not to scratch the affected area, or it might lead to an infection. In case of a more severe reaction, see a doctor and take medicine as prescribed. In some instances, you might be referred to an allergy clinic for immunotherapy.

To cure redness and reduce the swelling, you can also:

In case of severe swelling, a short course of oral corticosteroids, such as prednisolone might be recommended.

In case you have developed blisters, do not rupture them because they may cause an infection. An adhesive bandage can be used to protect the blistered area.

Bites and stings most commonly occur when one is outside. The following measures that you can adapt to minimise the risk of being bitten and stung by an insect are the following: