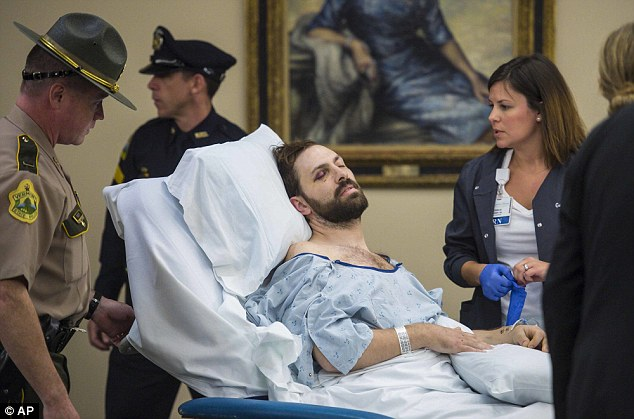 In the 1920s, auto manufacturers realized they had a big problem on their hands. It wasn’t the popularity of their products – Americans had adopted the automobile with enthusiasm over the previous two decades. The problem automakers were facing was that the market was becoming saturated. In other words, so many Americans had purchased vehicles that manufacturers were worried there would be fewer buyers to purchase their automobiles. After all, if you already had a car, why would you need to buy another one?

Alfred Sloan, the head of General Motors at the time, had an idea. By designing a new model of a vehicle every year, they would encourage consumers to keep buying vehicles even though they already had one. The idea, which later become known as planned obsolescence, was already being used in the bicycle industry, and it was proving to be an effective method of selling people things they didn’t actually need.

Making a product obsolete by design is a way for companies to keep customers coming back for more products. There are a couple of ways that a manufacturer to achieve this goal. They can make a product so amazing and revolutionary, that the older model is outdated in comparison. Or, they can design the product so that it won’t last longer than the manufacturer wants it to. As any designer or engineer can tell you, it’s much easier to do the latter than it is to do the former.

We rarely think about the lifespans of the products we buy. It’s somewhat unsettling to think that the companies that sell us these products design them so that they have a shorter lifespan than they would with better components or a repair-friendly design. Even more concerning is the fact that so many of the products we buy and the devices we use are actually designed to fail.

As counterintuitive as this concept might seem – why on Earth would a manufacturer want to build a product that will fail? – it makes complete sense, at least from a business’s perspective, when you consider the challenges facing the automotive industry in the first part of the 20th century. What General Motors tapped into was the fact that it is in the interest of their bottom line to make a product that doesn’t stand the test of time.

Not everyone was convinced by Sloan’s idea at the time. Henry Ford’s Model T had remained virtually unchanged since its initial release and was the most popular vehicle in the United States. The Model T had a reputation for being incredibly durable, capable of lasting for decades. Henry Ford took great pride in that fact, and saw no reason to change his ever-popular Model T. But it didn’t take long for Ford, and most other businesses, to catch on.

Fast forward to today, when planned obsolescence is a key part of many products’ designs. It’s no accident that your phone starts to peter out after a couple of years (if you’re lucky) or that your automobile needs costly and frequent repairs after it hits 100,000 miles. Products are not designed to last forever.

To be fair, a decrease in the performance of our products isn’t always exclusively due to its designer’s wishes. Wear and tear obviously play a role, too. But it’s important to realize that the things we buy are only built to last for so long. After that window of time has passed, it is no longer in the best interest of a business’s bottom line to keep it running as smoothly as it did on day one. Companies are aware of their products’ lifespans, and it’s no accident that as soon as a warranty has ended, a product starts to deteriorate.

How Do Companies Achieve Obsolescence?

As we mentioned before, a company can make the newest version of their product so compelling, useful or unique that a consumer is going to buy it simply because they want it. Sometimes this demand is achieved through marketing tactics as much as it is through innovative design.

Consider Apple or Nike, and how they launch the newest version of their products every year. Loyal buyers of these companies’ products line up outside of stores because of the innovations touted by the sellers. These consumers don’t necessarily need a new phone or a new pair of shoes, but they believe that the latest version is more advanced, not to mention more fashionable.

But even with the fervor that surrounds the launch of a new mobile device or automobile or sneaker, a manufacturer will only play to a certain part of the consumer base if their older products are performing just fine. Not everyone wants or can afford a new model as soon as it is released. To make sure that these buyers keep coming back, manufacturers often turn to other common methods of planned obsolescence.

When a manufacturer selects the components they use in a product, they will often choose parts that are cheaper. For example, a toy manufacturer might make a toy that has cheap plastic parts, as opposed to a more durable material that could be used instead. This keeps costs down, but it also ensures that the product won’t last forever. Using lesser quality components is, in that sense, is a more profitable business model.

Another method used by manufacturers is making repairs of a product difficult and expensive. For example, it’s not easy to replace the battery on most smartphones. This by design, not by coincidence. The idea is that if repairs are difficult or costly, it is easier for a consumer to buy a new product.

Are Consumers Being Protected from Planned Obsolescence?

Some countries have taken steps to make manufacturers more transparent about the lifespan of their design. For example, France passed a law that required their manufacturers to tell customers how long a product will last before they buy it. Many countries in Europe are considering similar measures.

In the United States, planned obsolescence is not subject to the same level of scrutiny. For many companies, it is considered a sound part of the business model. For consumers, it’s not as easy to be cavalier about planned obsolescence. We are concerned about the safety of products that are built to fail, and we aren’t always enthused about the idea of buying a new version of one of our favorite products every year. Maybe the consumer protection initiatives in other parts of the world will catch on in the United States but, for now, it is business as usual.

Greg Marks has a background in engineering that gives him a unique perspective in his legal practice. He is a partner and attorney at Guajardo & Marks law firm in Dallas, TX.