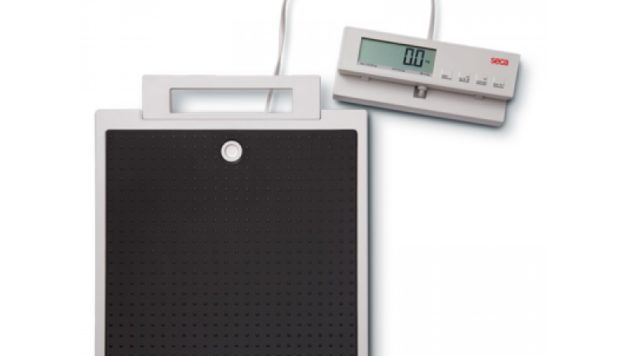 Obesity is a common medical condition of today where excessive body fat accumulated can bestow an adverse effect on one’s health. With an estimation of about 10% of world population suffering from obesity, a new medicine field evolved in the past decades called bariatric medicine. Bariatric patients face problems in standing or walking for a long time, hence, various bariatric beds and scales have been developed to help them. Weighing these patients with the help of bariatric scales is important. Well, Bariatric Scale comes in various distinctive forms which are as follows:

Some patients can stand on own but might require some support. Bariatric rail scales are made exclusively for them which serve as platform scale consisting of a railing. Patients can hold this railing to steady themselves.

Bariatric chair scales let patients sit on the chair when they are weighed. Wheelchair scale is an efficient scale used in the bariatric medical field. The most significant need of this scale is that it is much lower to the ground. The lower the scale will be, shorter the ramp up to the scale would have to be.

Bariatric Wheelchair scales would have to be sufficiently wider for supporting the bariatric wheelchair. They must consist of rails around the three edges. This will prevent the person on the wheelchair to push over the other side accidentally. Additionally, electronic wheelchair scales should have a bright and large digital indicator so that the health care provider can read the readings from even a distance.

While buying a bariatric wheelchair scale, one has to take into consideration the scale’s ruggedness. Moreover, while a wheelchair is on to a digital platform scale, the patient’s weight along with the wheelchair’s weight could cause severe shock load on the platform’s edge. Hence, it would be vital for the weight transducers inside the scale’s body to have the ability to survive the shock load.

Several manufacturers of digital scale employ aluminum load cells while making bariatric wheelchair scales as it is cheaper and easy to produce. But these aluminum cells can permanently bend and get damaged under excessive overload and shock loads. The best scales for such application employs stainless steel load cells which are more rugged and have the ability to hold up overload.

However, in many cases, the bariatric patient might not be able to remove from their bed, but it is necessary to weigh them. In such cases, some bariatric companies are trying to build load sensor in the legs of custom made beds. Every load cell will record the weight, which can be then added up and subtract the bed’s weight from the total for calculating the final weight of a patient.