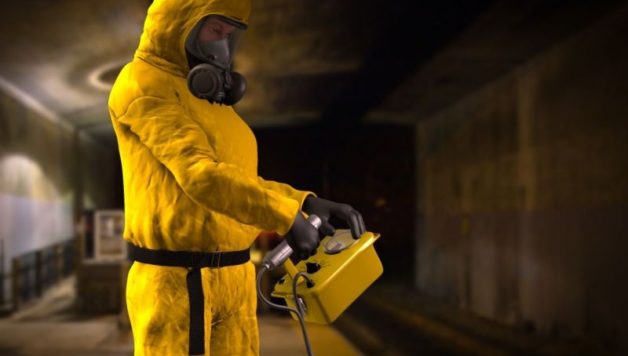 How to Protect Yourself from Nuclear Radiation Exposure

Most people usually associate the word “radiation” to accidents in nuclear power plants. However, radiation is a natural process that is present in our everyday lives. It can come from your cell phone or the banana you eat. But, there’s no need to worry since radiation coming from these objects are only minimal, thus posing no harmful effect on the body. Nevertheless, you must know what to do to minimize your exposure to radiation most especially when there’s a  nuclear plant near your area.

Here we list some of the precautionary measures you can take to protect yourself from nuclear radiation.

When dealing with radiation, there are three things to keep in mind: time, distance, and shielding. It is important to note that the less time you spend near radiation sources, the less radiation you will receive. Also, increasing your distance from the radiation source will significantly decrease the amount of radiation you will receive. Lastly, there are materials that can serve as barriers to harmful gamma rays and x-rays. Some of these materials are concrete, lead, and water.

In case a large-scale release of radioactive material occurs, it is best to move as far away as possible from the area and take shelter in a safer place for some time. Stay in the middle part of the building, far from tightly closed windows and doors. The windows and doors must be tightly closed. Also, you should take a shower or at least wipe the exposed parts of your body with a damp cloth. Make sure that you stay tuned to news regarding the situation and wait for further instruction from emergency officials. You should seek information regarding energy employees occupational illness compensation and be screened for possible contamination.

Aside from other toxic chemicals present in tobacco, it also contains the radioactive elements polonium-210 and lead-210. Studies conducted by the EPA found that the use of tobacco products increase the dose of radiation you receive in your lifetime. This is because as one inhales smoke from cigarettes, the radionuclides continuously build up in the lungs as well as in other parts of the body. Second-hand smokers are exposed to this health risk as well. Thus, it is best to stop smoking as well as avoid smoky environments to lower your exposure from radiation.

Nonionizing radiation refers to low-frequency radiation such as those in the form of light, radiofrequency, and microwaves. Everyday objects like your cell phone, television, microwave oven, and wireless network emit this kind of radiation. Nonionizing radiation is generally considered safe. However, frequent and long-term exposure might possibly bring harmful effects. As much as possible, keep your cell phone and laptop away from you when not in use. Also, try to maximize the use of natural light to reduce the number of lights turned on. You should also inspect your oven regularly for leaks.

Radiation, indeed, poses danger to one’s health. Its harmful effects manifest either when you are exposed to a large dose of radiation for a short period of time or small doses for a very long time. Thus, it is best to keep in mind the things we listed here in order to protect yourself from radiation as well as minimize your exposure to it.