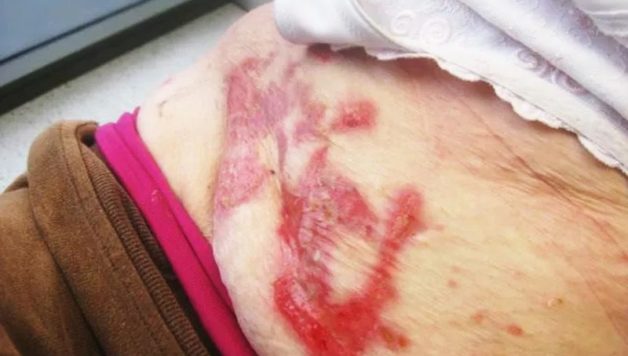 Having acne covering a larger part of your face is a nightmare for many of us. It is the most common kind of skin disorder and easily curable if not left untreated. However, acne is the least severe type of skin problem and there are several others that could be more annoying and even life threatening.

Skin is the largest organ in our body. Any skin disorder creates not only physical problems but also psychological anxiety.

Acne, eczema, psoriasis, seborrheic dermatitis and skin carcinoma are the five most common types of skin problems. Let us now take a look at the symptoms of each of these five disorders.

Most of us have pimples during our adolescent years. These result from acne which is formed as the oil glands on the skin get blocked due to over secretion of oil.

It usually appears on face and so is more annoying for us. However, it can also surface on back, chest and neck in different forms. Blackheads and whiteheads are also different types of acne. These are nodular in shape and more severe. If not treated timely, these could leave permanent scars on the skin.

Though acnes strike us in our teenage years, adults also suffer this dermatological problem.

Acne is related to heredity. It also occurs due to environmental factors. However, hormones is the biggest factor to cause acne.

The term originates from a Greek word meaning “boils over”. There are three common types of eczema as follows:

Atopic dermatitis is the most common kind. Children (10-20 percent of them) are more vulnerable to this type. It is a genetic disorder causing itching and rashes behind the knees and at crux of the elbows.

Nummular dermatitis causes red, con-shaped and flaky patches as well as itching on the skin. It is caused due to dryness of skin.

Allergic contact dermatitis is common in adults and can be contributed to the environmental factors such as metals used in jewelleries, fragrances and cosmetics.

Dry skin is common to all three types. Therefore, you need to keep your skin moisturized always. This dermatologist in Austin TX generally uses corticosteroids to treat the problem.

It is a genetic and chronic disorder. The disease is developed when excess skin tissues build up. The affected area looks red and thick while being covered with silvery scales. It first surfaces on the knees and elbows, spreading to other parts of the limbs and even affecting the body. Certain types of psoriasis affect particular body parts like scalp, joints and hands.

It is different from other types of dermatitis and causes waxy and oily patches on the skin. It appears in babies, especially within the first six months of their birth. A dandruff type condition is seen on the scalp. After it is gone, the problem is less likely to resurface until puberty.

Skin cancer is the most common type of cancer in the United States. According to the American Academy of Dermatology, one out of five in America will have skin cancer in their lifetime.

Basal and squamous cell carcinoma are the most common type in this category. Melanoma is the most severe type, causing nearly 75 percent of deaths from skin cancer.