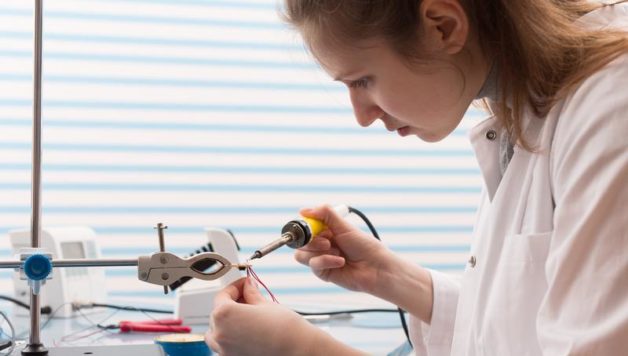 Career Woman On The Move: How To Move Your STEM Lab Safely

Roughly 20 percent of the STEM industry is made up of women. The reason why this number is so important is that it makes women in the STEM industry a major commodity. Companies will do what they can to entice a woman to come and work for them in an attempt to diversify their workforce.

Despite this being an industry that is primarily male, a company with a staff that consists predominately of men still looks bad. This is what makes you such a highly sought-after employee. So, as a woman in the STEM industry, you have to know everything there is to know about safely and properly relocating to a new job opportunity.

Relocating In This Industry Is Normal

Consolidation and outsourcing come with the territory when working in the STEM industry. This is true whether you are a man or a woman. Before you know it, you find yourself in a situation where you need to pick up your equipment, test samples, research, and really your entire laboratory and relocate. As unfortunate as it might be, it is the nature of the career you have chosen.

Truthfully, you could be relocating your lab because the organization you worked for decided to shift to a new location where they could bring down the cost of being in business, they could have decided to expand, or you could have just decided to take someone up on their job opportunity. Regardless of how it happened, you often find yourself in a situation where you need to pick up your entire laboratory and move it somewhere else.

You Have To Be Careful

Relocating a STEM lab is a process which needs to be handled with care. Not hiring a proper lab relocation company, for example, is going to increase the regulatory, financial, biohazard, and scientific risks associated with the move.

Before you can even start to move anything, you have to take the time to make sure what’s yours is actually yours. Sure, you’ve been using the equipment in your lab to run testing for your employer for roughly three years now, but do you actually own the equipment? There are a number of steps to properly moving your lab, and figuring out who has custody of your equipment is one of them.

In theory, relocating and not being able to take your equipment is not necessarily a bad thing. You could use it as an opportunity to get some of the equipment you need to do your job upgraded. This is something you would want to discuss with your new – or current – employer depending on your situation.

Relocating when you work in the STEM industry isn’t something that is going to happen overnight. Certain steps and safety measures have to be taken to ensure things are done the right way. Trying to rush moving your laboratory could result in expensive problems. In fact, it is not uncommon for laboratory relocating to take anywhere from four months to a year. The key is patience.